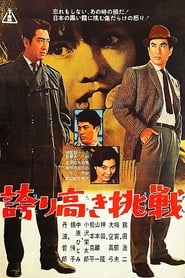 Journalist Kuroki is investigating clandestine arms sales to Southeast Asia. He discovers that the point man in an arms trade was also involved in the cover-up of a murder on an American base during the Allied Occupation. The film rolls along as a suspenseful thriller while offering a critique of political corruption, hypocrisy, and journalistic cowardice in postwar Japan.

A Story from Echigo

Souls in the Moonlight II