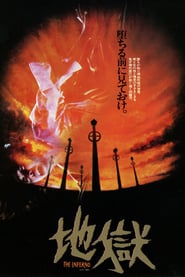 From the king of the Japanese cult movie, Teruo Ishii! A controversial film in which actual cases that rocked modern-day Japan—including the sarin gas attack by the Aum Shinrikyo Cult—are dramatized with gruesome detail as their perpetrators stand trial in Hell. An angst-ridden girl, Rika, is carried off to Hell by an old woman she meets in a neighborhood park. There she gets a first-hand look at the excruciating agony of those found guilty—by Lucifer himself—of committing heinous crimes during their time on Earth.

Murder in the Doll House