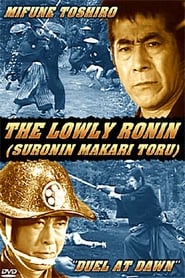 After saving a young Lord from an assassination attempt the Lowly Ronin finds that he is now a wanted man! Accused of being a thief by those that tried to kill the young Lord he must now clear himself of the accusations. Befriended by an old woman, she then attempts to use him for her own designs.

Ninja, a Band of Assassins

I Hate But Love