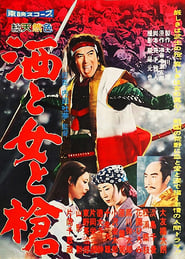 This subversive period film features a hotheaded young samurai, Kurodo, who threatens to commit harakiri in response to the humiliation meted out to his family by the Shogun. The film critiques the inhumanity of feudal obligations, and Uchida’s direction slyly satirizes the contemporary cinematic audience, whose taste for onscreen bloodshed is mirrored in a crowd gathering to watch the protagonist’s planned suicide. The Master Spearman is imbued with Uchida’s characteristic blend of dark humor and stylized action, and Ryutaro Otomo gives an admirable performance in the lead.

Flame of My Love