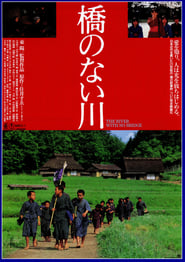 A widow and her two sons, Seitaro and Koji, live in the small town of Komori, where Buraku people are forced to reside. The two boys are continuously harassed by their teachers and classmates through their childhood as a result of their Buraku heritage. In the midst of the 1918 Great Rice Riots in Osaka, Seitaro meets with Asako, the daughter of a rice shop owner, and falls in love with her. She too is of Buraku descent. At the same period, Hideaki, an old friend of the brothers returns to Komori, and he along with Koji and the townspeople create “Zenkoku Suiheisha”, the National Levelers Association, an organization pledged to build a bridge over the river of discrimination, making all people equal in every way.

The Elegant Life of Mr. Everyman

Last Life in the Universe

I Live in Fear