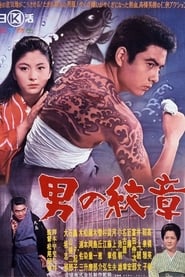 In 1936 under the war clouds over the Manchurian border, 60-year-old Oshima Shozaburo is concerned about the future of his only son, Ryuji, who has refused to follow in the footsteps of his gambler father and decided to become a doctor. Ryuji leaves home to work at a clinic at a dam construction site where he finds the treatment of the laborers intolerable. But when he challenges the boss, who thinks nothing of murder, he discovers to his astonishment that he is safe because of his father’s reputation. Torn between filial piety and his ideals Ryuji is told of the murder of his father by men of a rival gang. He experiences another shock when informed that the woman behind the rival gang is his true mother who was forced to leave his father due to an unwritten code among gamblers.