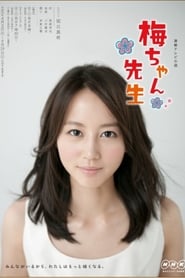 Umechan Sensei is a Japanese television drama series. It debuted on April 2, 2012. It is about a girl named Umeko Shimomura who, despite being overshadowed by her talented older brother and sister, and despite being thought of as a clumsy child, decides to follow in her father’s footsteps and become a doctor. It is the 86th NHK Asadora.

Dias Police: Police from Another Country