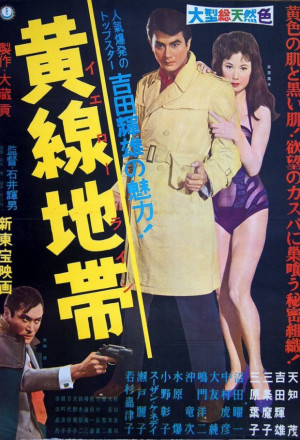 From the king of Japanese exploitation films comes a criminal drama told in a semi-documentary fashion. The murder of the chief official of Kobe city’s Customs triggers an investigation of a prostitution ring called the ‘Yellow Line’ that sells Japanese women. A hired assasin is betrayed by his organization, and kidnaps a woman who happens to be the girlfriend of a newspaper reporter.