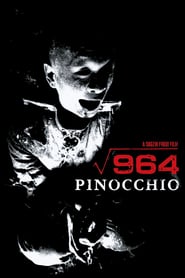 Pinocchio 964 is a memory-wiped sex slave who is thrown out by his owners for failure to maintain an erection. It is unclear in what ways he has been modified beyond having no memory and being unable to communicate. He is discovered by Himiko while wandering aimlessly through the city. Himiko has also been memory-wiped, possibly by the same company that produced Pinocchio, but she is fully functional. Himiko spends her days drawing maps of the city, to aid other memory-wiped people. Himiko takes Pinocchio home and tries to teach him to speak. After much effort he has a breakthrough and finally becomes aware of his situation. At this point his body erupts in an inexplicable metamorphosis and it becomes clear that his modifications were much more involved and esoteric than simple memory loss. Himiko also begins to transform, though in a much more subtle manner.