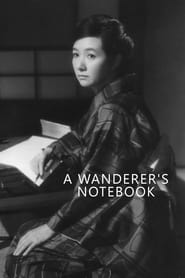 Considered one of the finest late Naruses and a model of film biography, A Wanderer’s Notebook features remarkable performances by Hideko Takamine – Phillip Lopate calls it “probably her greatest performance” – and Kinuyo Tanaka as mother and daughter living from hand to mouth in Twenties Tokyo. Based on the life and career of Fumiko Hayashi, the novelist whose work Naruse adapted to the screen several times, A Wanderer’s Notebook traces her bitter struggle for literary recognition in the first half of the twentieth century – her affairs with feckless men, the jobs she took to survive (peddler, waitress, bar maid), and her arduous, often humiliating attempts to get published in a male-dominated culture.

Grave of the Fireflies