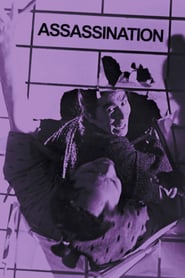 Assassination begins with the events of 1853 when “four black ships” anchored at Edo Bay, sparking civil unrest and the major political manoeuvring that saw the end of the Tokugawa Shogunate. At a time when assassination had become a disturbing political tool, Shinoda’s film follows Hachiro Kiyokawa, an ambitious, masterless samurai whose allegiances drift dangerously between the Shogunate and the Emperor.