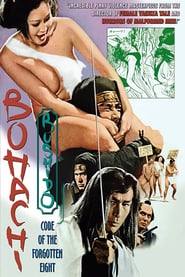 Teruo Ishii’s Bohachi Bushido: Code of the Forgotten Eight tells the story of a Ronin with a death wish who reluctantly joins the Clan of the Forgotten Eight, a nasty crew of ronin who are wrapped up in a clan war over local prostitution. Teturo Tanba is well cast as the ronin who just wants to die in battle but does a good job taking a lot of gangsters with him. Drug trips, naked geisha and plenty of sword action make up this Teruo Ishii pinky violence film.

Fireflies in the North

The Boy Who Came Back