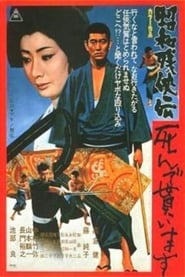 Young yakuza Shujiro Hanada (Takakura) goes to prison after losing his cool in a rigged gambling game and slashing a few other players. When he’s released in 1927, the world has changed. His sister died in the Great Kanto Earthquake and his father is also gone. His brother Jukichi (Ikebe) invites him to stay at his in-laws and works in their family pub. Shujiro is trying to go straight. He lies low, helping his blind mother-in-law and slowly developing a relationship with Ikuye, the hostess who helped him before his arrest. But trouble lurks when the resident gang decides to show its strength. It all leads to a showdown between the two brothers and around 20 sword-wielding gangsters.