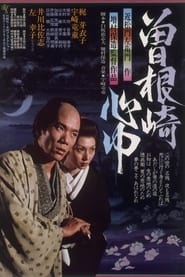 Suicide has long been used as a form of social protest in Japan. In this film, set in 1703, samurai culture is being transformed by the emergence of a new merchant class. Elements of the social contract are beginning to unravel, and some unscrupulous people took undue advantage of these changes before the social order was re-created. In this story, a rich merchant gives his clerk an I.O.U. instead of wages. When the impoverished clerk presents the paper to the merchant at the agreed upon time asking for payment, the man flies into a rage and pretends he never wrote it and claims the clerk is trying to defraud him. Then he sets his henchmen on the clerk to administer a beating.

Sakura no ki no shita de