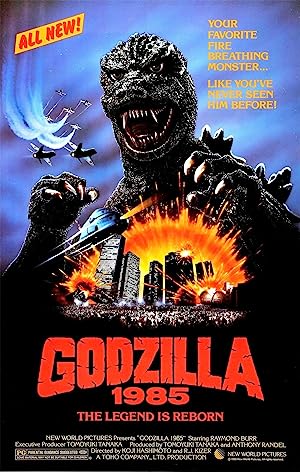 A reporter investigates the disappearance of a ship. He finds the ship and discovers that all the hands have been killed by a giant sea louse except for one. The lone survivor then tells the reporter that the ship was attacked by Godzilla (Gojira). Fearing a panic, the Japanese government then takes the survivor into custody to keep him from revealing that Godzilla has returned. However, a Soviet nuclear submarine is destroyed and the situation puts them and the United States on the brink of nuclear war, until the Japanese decide to come clean and admit that it was Godzilla. Soon the Japan and the rest of the world are on red alert as they wait for Godzilla to begin his rampage anew. Written by Brian Washington

Hawk of the North

The Ball at the Anjo House