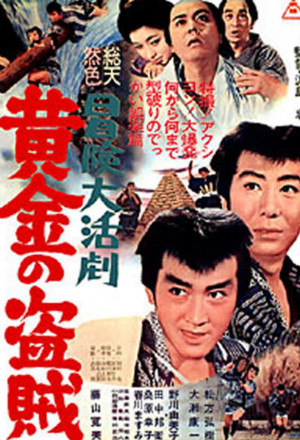 Just after the Battle of Sekigahara, a pair of children Denji and Kichizo witnessed a team of the defeated forces hide the Toyotomi treasure. When the leader cuts down the rest of the team, a bloodstained footman seems to be the only survivor, and his image haunts the pair for the next twenty years. As they are serving a prison sentence a plan is hatched to get them released so they can lead their captors to the hidden gold on Hikone Beach. Danger and excitement await the two as they run into unexpected and dangerous obstacles!

Genghis Khan and His Mongols