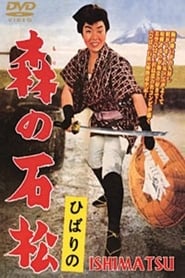 Some of the finest jidai-geki actors appear in this exciting and entertaining tale of intrigue and action in old Japan. Teaming up the ever-popular Misora Hibari with the greatest samurai action hero of all-time Wakayama Tomisaburo is a brilliant stoke of casting. Hibari takes on the role of Mori no Ishimatsu, a young man who gets involved with real-life Yakuza legend, Shimizu no Jirocho, ‘Boss of the Tokaido’. Ishimatsu manages to interfere with a dispute between the Shimizu and their competition, the Marugame family, even going so far as to become an avenger’s assistant. It’s not the first time Hibari has played a man in a film (also in Benten Kozo), and her acting skills are at their best as she mixes in a bit of humor along with excellent swordplay. Wakayama Tomisaburo, as always, gives an outstanding performance as the powerful and beloved Yakuza Boss Jirocho. 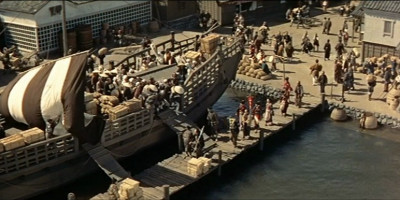