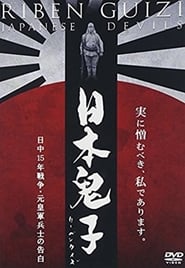 A documentary recording the testimony of fourteen former Japanese soldiers as they recount atrocities and war crimes committed during the Second World War, including the the infamous Unit 731 medical experimentation group. Having been trained by their country to be nothing but killers, the soldiers claim to have become morally numb and unable to see non-Japanese as even human. Perhaps feeling some remorse for what they have done, they now choose to tell their stories for the world to hear.

Kenji Mizoguchi: The Life of a Film Director

The Retreat from Kiska