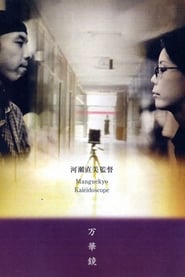 Naomi Kawase collaborates with Shinya Arimoto, a Taiyo award-winning photographer she knows from university, to create a photo album of Machiko Ono (who Kawase scouted for her previous feature film Moe no Suzaku) and Mika Mifune (daughter of famous actor Toshiro Mifune) with the idea to contrast these two aspiring actresses, Ono coming from the rural Nara and Mifune from Tokyo. Kawase documents the photo shooting and interviews Arimoto, Ono and Mifune as the work progresses, while the tension between her and Arimoto increases over disagreement on the direction of the project.

The Making of Tampopo