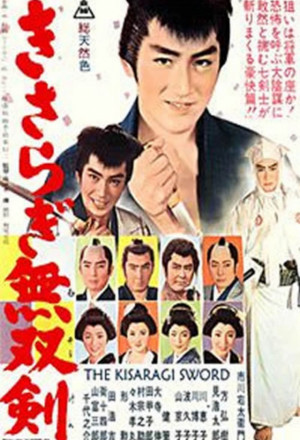 The story concerns the efforts of seven master swordsman who join together to protect the new inexperienced Shogun Tokugawa Yoshimune from the evil plans of the Owari Clan’s corrupt Lord. It’s a colorful bunch, a drunk samurai, a master thief, a sword instructor and a Lord who is disguised as a ronin since it is an executable offense for a lord to wander outside of their domain without permission. As the Chief Magistrate becomes suspicious of the Owari plot to send men to Kodenmacho Prison to start a riot he begins to investigate the rumors. He soon calls upon the Lord of Mikazuki Castle and the Shogun’s best friend to help thwart the evil ambitions and battle the rouge swordsman hired by the Owari Clan.

Zatoichi and the Chest of Gold

Yagyu Chronicles 3: The Valley of Outlaws