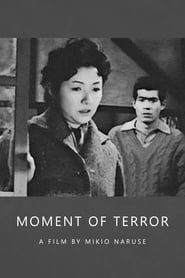 When an only child is struck by a car and dies, the child’s mother (Hideko Takamine) seeks vengeance against the driver in this thrilling drama. The car was driven by the wife of a company president who is having an affair. The woman’s husband manages to buy silence about the incident, but the victim’s mother discovers the identity of the driver. After she secures a job in the home of the company president and his philandering spouse, the woman plans to murder the couple’s son when he reaches the age of her late son.