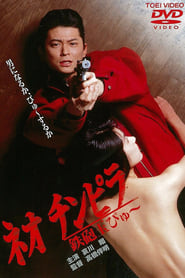 Junko (Sho Aikawa) is a low-level yakuza in the service of Yoshikawa (Toru Minegishi), despite the misgivings of his uncle (Jo Shishido). He lives off of the money earned by his girlfriend and is more interested in trying to look cool than anything else. He meets Yumeko (Chikako Aoyama), an innocent but dangerous narcoleptic runaway, after she steals his car, and she soon moves in with him. Following the assassination of a high-ranking member by the Kazama Family, Junko is called on to be the lookout while the family gets revenge. However, the other men quickly “zoom”, or escape from their duty, leaving the task to Junko. Will he take out Kazama, or will he zoom?

Beyond the Infinite Two Minutes