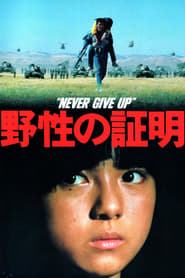 Special forces officer Ajisawa leaves his paramilitary group to take care of his newly-adopted daughter, Yoriko: the sole survival of a bloodbath for which he is responsible. Years later, Ajisawa is forced to return to the scene of the tragedy for his new job as a claims adjuster where he is subsequently arrested for his suspected involvement. But the threat of jail time is the least of his worries as his former organization comes gunning for him.

The Mosquito on the Tenth Floor