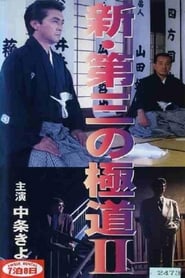 Soma goes to Masakis allowed back to his former gang, led by Takeda who asked for his help since he had problems controlling their own men. But one fears how Somas former assistant Kokubu, now second in command of Takeda, should react. Soon Soma assassinated by three hired men, but one of them, Karasaki, who has just escaped an assassin is still possible to Masaki for help, explaining that Kokubu hired him. Masaki agrees to help him, but this also means that he exposes himself to danger.