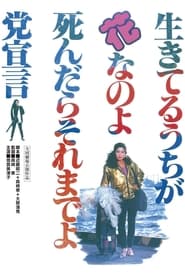 Barbara, a dancer, is coming home to Nagoya after a long absence. She lives above a bar in an area whose inhabitants are mainly from Okinawa. Upon her return, Barbara faces problems beyond her control. Her brother and two friends take one of their teachers hostage to extort money to go on a school trip. Miyazato, the man who loves Barbara is there, but not Aiko, her best friend. Miyazato, a yakuza and manager in a nuclear power plant has forced Aiko into prostitution for the workers of the plant. Barbara plans to help her escape from this hell. Aiko has been sent to Mihama. Without even thinking for a moment, Barbara decided to go see her friend.