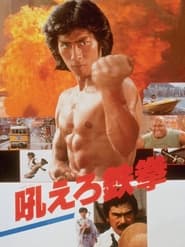 On his death bed the man who raised Joji reveals that he is not his real father and that Joji’s real parents died tragically in a plane crash. Shortly thereafter Joji goes to Japan is search of his sister and his twin brother Toru. Joji’s quickly finds his sister Chihiro who is now blind and lives with their uncle. Joji one evening accidently over hears his uncle who has ties to the criminal underworld discussing his various illegal operations. Joji ‘s eavesdropping is discovered by his uncle who offers him a chance to join the organization. Joji promptly turns his uncle’s offer down which immediately puts his life in danger.