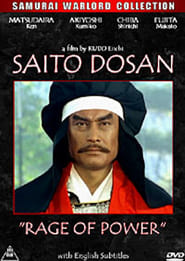 During the age of warring clans (Sengoku Jidai), many samurai lords sought to unite the country under their banners by becoming the supreme leader. One of the first to vie for power in this way was Saito Dosan, the ‘Viper’. His son-in-law, Oda Nobunaga, did in fact unite the nation after subduing all of his enemies, yet falling at last to the treachery of one of his most trusted generals. This story is a pre-cursor to those later events as the brilliant military strategist Saito Dosan rises to power and notoriety as a great lord in his own right. Directed by Kudo Eiichi and with a tremendous supporting cast that includes Nakamura Toru as Oda Nobunaga and Chiba Shinichi as Akechi Mitsutsugu, battle scenes of awesome power and a unique view of Japanese history, this is a marvelous production highlighted by the action scenes done by the Japan Action Club (JAC).

Year One in the North

The Shogun’s Guard: Valor in Turbulence