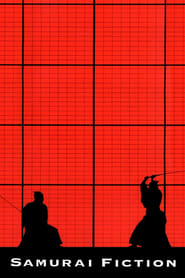 Three centuries ago, a precious sword has been stolen by Kazamatsuri — the sword, which historic and symbolic value is priceless for the clan (Shogun Tokugawa donated it to clan 80 years before that, at the same time that he established them as the local rulers). Lord’s counselor’s young son Heishiro goes to retrieve the sword himself to protect the clan from the shame or possible demise. He is accompanied with two friends, Shintaro and Tadasuke, and followed by the ninjas of the clan. After Kazamatsuri wounds Heishiro and kills one of his friends, the young aristocrat still wants revenge more than sword itself, but meanwhile have to recover from his wounds, in the small forest house of a lonely samurai and his daughter. At the same time, Kamazatsuri stays in nearby town in the entertainment center run by Okatsu and falls into her. The older samurai tries to dissuade Heishiro from fighting with Kamazatsuri, but is himself gradually drawn into the conflict.

The Ambush: Incident at Blood Pass