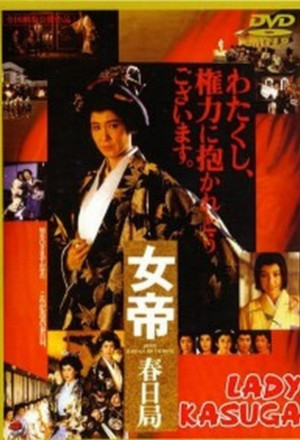 The rise to power of the famed Lady Kasuga no Tsubone, who established the ‘Ooku’ (the women’s quarters at Edo castle) and acted as nursemaid to Tokugawa Iemitsu, the future 3rd Shogun is chronicled in this historical drama. Intrigue and suspicion abound as the two brothers Iemitsu and Tadanaga vie for the post of Shogun, while behind the scenes the remnants of the defeated Toyotomi faction, lead by Lord Ishida Mitsunari attempt to discredit the Tokugawa Shogunate and regain their former position as rulers of the nation. The hidden battles between Shogun Hidetada’s wife and mistresses of the ‘Ooku’ come to light as they force the two brothers into a life or death struggle.