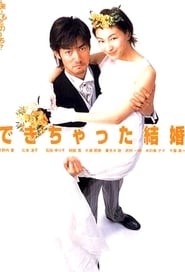 Ryunosuke, who directs commercials, receives a phone call. On the other end of the phone is a friend from his college days inviting Ryunosuke to come out to the beach. Ryunosuke first turns down the offer because of his workload, but when he learns that some girls are coming, he says yes. Several months later, he hears from Chiyo – a girl he had met at the beach that day – that she is pregnant with his child. Although the news bewilders Ryunosuke at first, he ultimately decides to raise the baby. However, he will later have to face the strong objections from Chiyo’s father, the ever-changing situation at work, and many other obstacles. With help from friends and family, Ryunosuke and Chiyo take a step forward on their way to marriage and the birth of their baby.