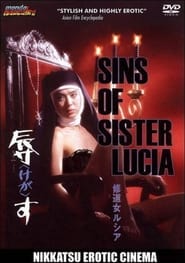 Rumiko is a misbehaving girl who got caught stealing the cash her father had at home for bribes. Father would not accuse her of that, but when he caught her having sex with her English teacher, he was justified in sending her to a monastery, where the nuns try to force her to become a good girl. However, after a few days in forced piety, Rumiko (now Sister Lucia) discovered that her sins were nothing in comparison with those of other Sisters, and Mother Superior’s.

In the Realm of the Senses