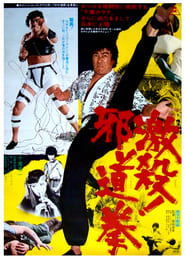 This mid-1970s martial arts classic stars Sonny Chiba as Mu Yun Tek, a young man trained in the Thai fighting style since childhood to one day avenge his parents’ death. When a fellow student kills their teacher, Mu Yun’s thirst for vengeance grows. The brutal action never stops as Mu Yun teams up with an Interpol agent (Tadashi Yamashita) to find the culprit, who insists that their former master was a drug dealer who had to be destroyed.

Sure Death! Brown, You Bounder!

The New Morning of Billy the Kid