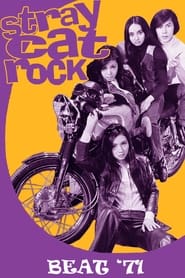 The film follows a hippie community lead by Yoshitaro. They decide to leave their trailer in Shinjuku and travel to countryside by bicycle to save their friend Furiko who has been falsely accused for murder. The real killer – although it was mainly self defense – is Furiko’s boyfried Takaaki who is being controlled by his politician father. Takaaki would rather live free as a hippie, but his father is forcing him to become a businessman.