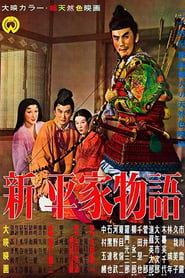 Special Forces commander Captain Tadamori returns to Kyoto after successfully defeating the uprising of pirates in the western sea of Japan. But because the high courtiers dislike career soldiers gaining power and influence, they ignore the will of ex-Emperor Toba and refuse to reward the captain. Reward recommender Lord Tokinobu is punished, and the captain sends his son Kiyomori to the Lord’s residence, where he falls in love with Tokiko, the Lord’s daughter. Meanwhile, Kiyomori finds out that he is possibly the ex-Emperor’s son… Written by L.H. Wong

Scarier than the Devil