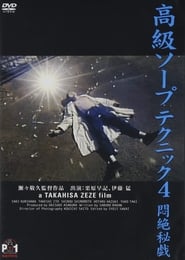 A convicted rapist, Ikuo is released from prison and goes in pursuit of the woman he raped, Mieko. So obsessed is he with revenge he sees her in every woman he meets. After carrying out vicious attacks on a prostitute and a young girl he finally comes face to face with her.

The Domain: Duel at Thunder Gate

Hiya-meshi to Osan to Chan