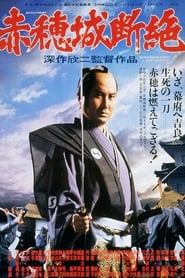 This is the story of “The Forty-Seven Ronin.” Based on historical events in 1701-2, the movie tells the tale of the Asano clan’s downfall and the revenge of its former samurai on the perpetrator of the catastrophe. Lord Asano was goaded, or tricked, into drawing his sword inside the Shogun’s palace — a crime which carried the death penalty. The newly installed Shogun was furious at Asano and ordered all his clan’s assets seized, meaning some 20,000 samurai and commoners were unemployed and landless at a stroke. Forty-seven of these ronin (masterless samurai) banded together to take attempt revenge on Lord Kira, who had goaded Asano into drawing his sword.

The Lights of Asakusa

A Class to Remember 4: Fifteen