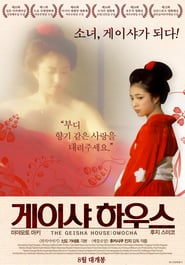 Set in the late 1950s, when geisha culture was threatened by moral crusades, it tells the story of Omacha (Miyamoto Maki), a young girl who sees the geisha life as a way to lift her poverty-stricken family from their hand-to-mouth existence. Through her eyes, we see the protocols and complex financial relationships which dictate the running of the geisha house. Fukasaku’s film is a work of great delicacy with moments of hypnotic beauty, and his tender direction, often touched with a sense of wonder, fills the screen with lovingly constructed scenes. At its heart is the poignant situation of the women who must sacrifice their normal relationships to live an ambiguous life in which they are a key part of society while being kept, for the most part, on its periphery, like perpetual mistresses.