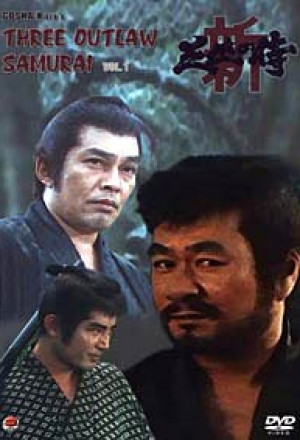 Latest episode: 02-The Beasts Will Die At 3 PM01-When a Man Draws His Sword

This series was created from Three Outlaw Samurai, the film that gave director Hideo Gosha a rise to fame, with all new cast except Isamu Nagato. Only two episodes are available so far.

The realistic combat choreography and the outlaw-type personalities as main characters are considered to have influenced later period dramas such as “Kogarashi Monjiro.” Sakura Kyojuro is a spear master, Nagare Ukon is an Iai master, and Kaede Genzaburo is a master of double swords. The three ronin with exceptional fighting skills wander from region to region, crushes the evil that plagues the world and save the helpless.