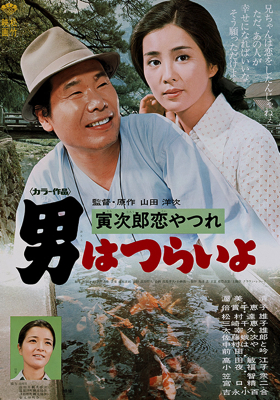 Tora-san thought that single parent Okinu would marry him. However, the father of her son comes back to reunite with his family all of a sudden, which leaves the lonely Tora-san to another heartbreak again… On his way, he meets Utako again. Two years ago, Utako married a young artist and moved to Tsuwano. Now, her husband died and she stays at his home. Utako wants to come back to Tokyo to find a job, but she was afraid that her father would oppose to the idea, until Tora-san appears and changed her mind.

The Neighbor's Wife and Mine

A Stranger of Mine