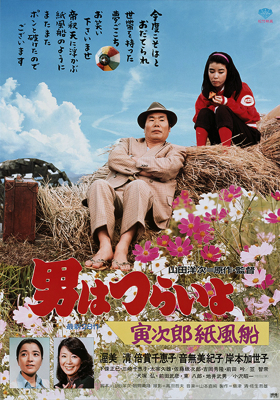 In Kyushu, Tora-san meets a runaway girl who wants to become a partner in Tora-san’s peddling business because she admires the free-spirited lifestyle of Tora-san. Later, Tora-san meets the wife of an old friend, who was also his former colleague. Tora-san is informed that his former colleague is now terminally ill. This man, who used to be a vendor selling fried octopus, asks Tora-san to marry his wife once he dies, because he is afraid that his wife might fool around with other men. Tora-san has no choice but to agree to his friend’s deathwish. Now, he is determined to marry his friend’s wife. So, Tora-san tries to find a job and stay in his family in order to marry her. Meanwhile, in Tokyo, the runaway goes to work at the family candy shop until her brother shows up to claim her.

Night of the Felines