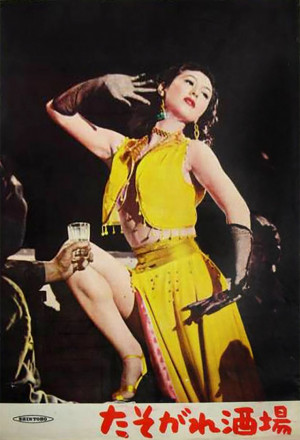 Sorry ! No subtitles for this movie.

Sorry ! No subtitles for this movie.

Takes place in one place, a beer hall, over the course of one evening. Uchida employs this concentration of setting and time to fashion a microcosm for a group portrait of Japan. One by one, the regulars of the bar appear: the pianist who dreams of becoming a composer but has disappeared from the music world after a knifing; a stripper who had planned to be a ballet dancer; an elderly painter trying to make a living at pachinko, and who rues his art having been used for militarist propaganda during the war; a young waitress considering elopement; a colonel turned real estate broker who attempts to rouse the crowd in military song until he realizes the tune has been transformed by marchers in the street into a leftist chant. The “twilight” is more than just a time of day; here, it is a state of being, a suspension between past and present, between the camaraderie of the saloon and the harsh world outside.

The Scandalous Adventures of Buraikan

The Town of Violence

The Life of a Horse Trader