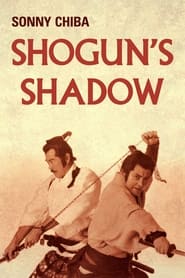 Iemitsu, Tokugawa Shogun III, hates his eldest son Takechiyo; all his love is given to his younger son Tokumatsu. One day, he orders Takechiyo to an initiation rite in Yedo. Takechiyo lives far away under the surveillance of Hotta Masamori, head of the Skura clan, where he was also raised. Hotta does suspect some kind of treachery, but he can not ignore the direct command of the Shogun. Therefore, he starts on his travel with Takechiyo and seven accompanying samurais. A large army under the command of Iba Shoemon, a vassal of the Shogun, attacks their night camp in the vicinity of a copper mine. Hotta dies in this first battle, but Takechiyo and the samurai manage to escape. They are chased by the army, and several skirmishes between the small force and the larger army follow.

The New Morning of Billy the Kid