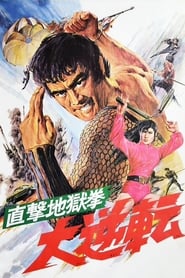 When a priceless jewel owned by rich heiress Sabine is stolen, along with her daughter, Professional thief and hired killer Ryuichi Koga and his gang are hired to retrieve both. At a ransom exchange, the team save the girl but lose the money and the jewel. When Sabine decides to deal directly with the thieves and obtains the jewel on her own by paying the ransom, Koga, having been stiffed of his fee by Sabine, steals the jewel. Little does he know, it’s a fake. Now, Koga and the team must break into a high security bank to steal the real jewel.

To Trap a Kidnapper

Sleepy Eyes of Death 11: In the Spider's Lair