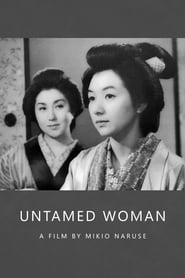 Set in the Taishō period of Japan (dating from 1912 to 1926), Untamed follows the fiery Oshima (in a superbly eccentric performance by Takamine) as she passes from one suitor to another, a series of calamities befalling her along the way. Characteristic of Naruse’s work, urban and rural settings are juxtaposed: the moody Tokyo streets against a majestic mountain village. At each point, the various situations Oshima is caught in seem uncannily bound up with her surroundings. It’s worth noting that the film, while not widely known, is singled out for praise by critic Chris Fujiwara. (University of Chicago Doc Films)

The School of Spies