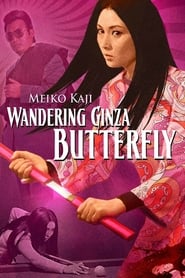 Gang leader Nami (cult film legend Meiko Kaji) kills a member of a yakuza group and goes away to prison. Upon her release three years later, she’s a shamed woman confined to living in the shadowy world of sex clubs and street gangs. She returns to the city to live with her uncle, a billiard-hall owner, and after befriending pimp and ne’er-do-well Ryuji (Tsunehiko Watase), she gets a job working at a hostess club in the chic Ginza neighborhood, where the expensive shops and neon lights conceal a dark world of crime and sexual slavery. But when a rival gang attempts to muscle in on the club, Nami becomes enmeshed in a violent struggle that forces her to wield a skilled pool cue to defend her uncle’s business, and eventually a short sword to wreak bloody vengeance upon her enemies.