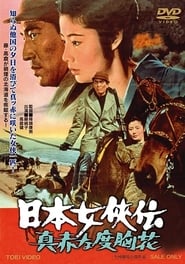 An exciting tale of action on the distant northern island of Hokkaido around the beginning of the 20th Century starring two of the biggest names in Yakuza film history, Fuji Junko and Takakura Ken. Since the death of death of her father, Yuki who has traveled from her home in the southernmost part of Japan must fight corrupt local officials seeking to fill her late father’s post. As her life is in danger a mysterious rifleman, played by Takakura Ken watches from the shadows. Can she finish the work her dear departed father started in an untamed land?

The Castle of Sand