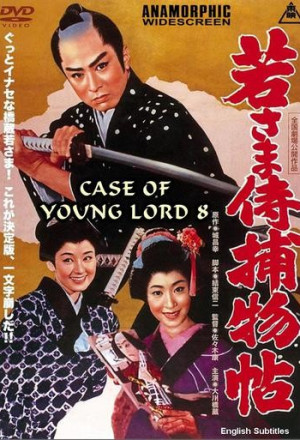 The murder mystery solving Young Lord has moved on from helping out with minor crimes and infractions, taking up a new hobby of archery which may wind up putting his life at stake when he runs afoul of the shogun’s chief attendant, a man so vile that Young Lord decides to take him on and find out who is really pulling the strings from behind the scenes as a family is brutally murdered in their own home. Meanwhile the official government saké dealer is framed as a rebel by a corrupt member of the Shogun’s Council of Elders! Can Young Lord survive the dastardly attacks on his life and bring justice to the aggrieved survivors of a displaced townslan?

As the Clouds Scatter