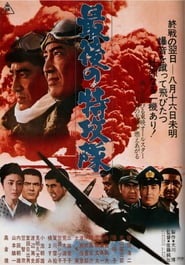 With World War II is coming to its end and Japan nearing defeat, Japanese military leaders step up suicide attacks on Allied ships. Toei legend Koji Tsuruta stars as a Kamikaze squad leader who has second thoughts about suicide runs. He becomes torn between his own morality and his duty to his country when he must deal with a pilot under his command who refuses to complete his mission.

Two in the Shadow