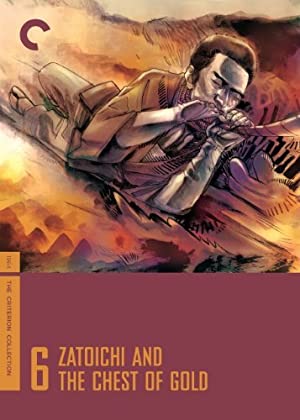 In the 1840s, Ichi, blind masseur and quick-draw swordsman, travels to the village of Itakura to pay his respects at the grave of Kichizo, a man he killed two years’ ago. The villages in the area, after several years of famine, have struggled to raise 1,000 ryo in taxes they owe. The money is stolen while in transit to the governor. Ichi is accused as is Boss Chuji, a samurai Ichi respects. Ichi sets out to find the money and clear his own and Chuji’s names. Along the way, he must face Kichizo’s sister, some of Chuji’s own gang, a corrupt governor, and his henchmen. Loyalties shift even as Ichi’s moral compass stays true. Written by