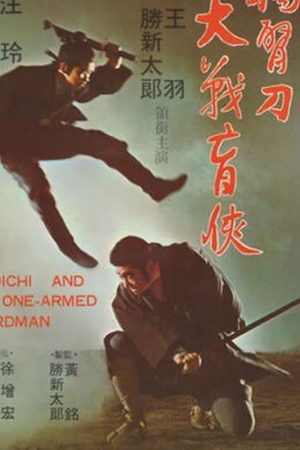 While traveling the Japanese countryside the blind masseur Zatoichi comes across the One Armed Swordsman, Wang Kang, who is in hiding and protecting a child from a corrupt Japanese priest and a group of yakuza. Zatoichi and Wang Kang, each from very different worlds yet heroic swordsman in their own right, at first seem to get along but a language barrier and a series of misunderstanding leads Kang to distrust Ichi. Soon the two heroes are at each other throats while each attempts to stop the true villains from taking the child. Written by Daniel Jos. Leary